Anyone who has ever googled NFTs has most likely heard of the record-breaking artist, Beeple. Just about everyone alive in the world knows the name Madonna. What happens when the queen of pop culture and the king of NFTs join forces to launch an exclusive collection of digital video artworks? Magic, most likely. 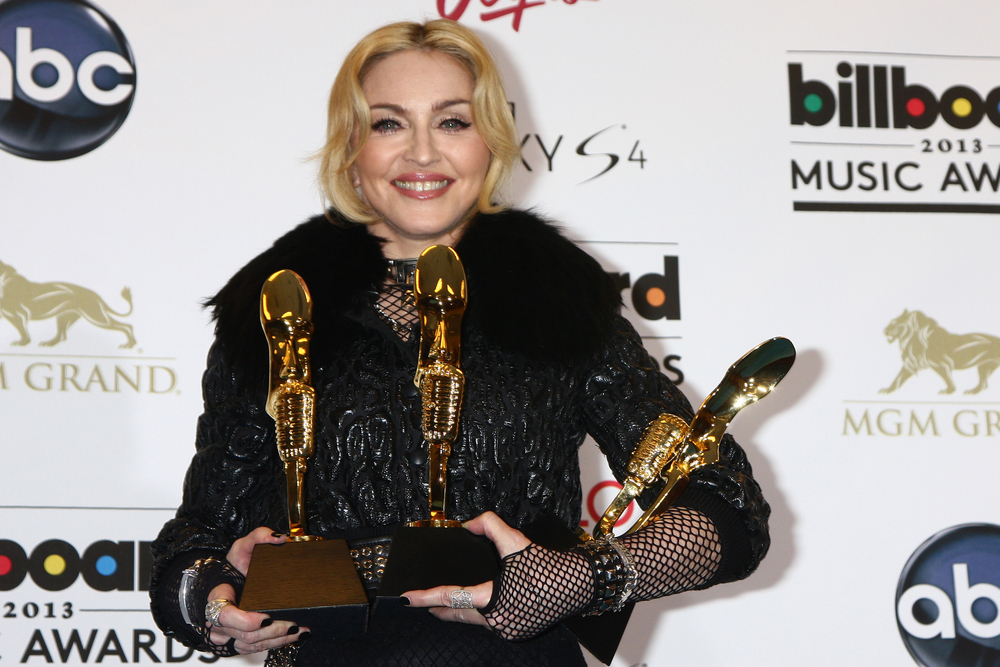 Well, we are about to find out. Three 3D rendered videos created by Beeple featuring Madonna are up for auction from today. Let’s find out more about the collaboration, the collection, and the expectations for this merging of legends.

Until recently, Madonna had shown little interest in the NFT world. As the world’s most iconic living pop legend, it shook the industry and its follower to learn that Queen Madonna herself had bought a token from the Bored Apes Yacht Club collection. Reportedly, the start paid 180 Ether (around $560,000 at the time of the purchase) for the tattooed ape token in March of this year.

Shortly afterward, further excitement for the industry came when word of a collaboration with NFT’s leading man began to circulate.

Beeple- real name Mike Winklemann- is a North Carolina-based digital artist and NFT royalty. His previous drops account for three of the ten most expensive NFTs ever sold- including his famous piece The First 5000 Days, which smashed all records to sell for a little short of $70 million. It held the title of the world’s most expensive NFT for almost a year and still has a claim to the title- depending on who you ask. Although one work managed to beat it, there were almost 29,000 partial buyers, whereas The First 5000 Days had only one.

Furthermore, the iconic digital artist is not known for collaborating and has admitted it is not something he likes to do often. However, when Madonna comes knocking, that is too good an opportunity to miss. It is unclear how the partnership started, but Beeple has stated his absolute honor to be working with the pop legend.

According to a statement by Madonna, the pair decided to collaborate around one year ago and instantly connected in their artistic visions for the collection.

Said collection is named Mother of Creation and aims to explore the idea of womanhood, motherhood, and different aspect of creation. In a statement by the pop icon, Madonna said she wanted to “investigate the concept of creation” from multiple angles: not only as a mother giving birth to a child but as an artist giving birth to their work.

There are three pieces in the collection: Mother of Nature, Mother of Technology, and Mother of Evolution. Each one is a 3D rendered video depicting a nude avatar of Madonna giving birth to various organisms that relate to each topic. The videos (which are pretty graphic despite the heavily distorted facial features) are paired with poetry- some of which are written by Madonna herself and some by Rumi.

The Auction and Expectations

Online marketplace, SuperRare is hosting the auction from May 11th until May 13th. It is a new move for Beeple, who has been more closely affiliated with Opensea and Christies in the past. The move to SuperRare is the beginning of a new partnership for the artist, so SuperRare users can possibly expect to see more in the future.

Each piece will be auctioned individually, and all proceeds are to go the charity. The three non-profit organizations benefitting from the sales are The Voices of Children Foundation, The City of Joy, and Black Mama’s Bail Out. Each one benefits women and children in different ways and areas, from Ukrainian refugees to the women of the Democratic Republic of Congo.

Unsurprisingly, there is a massive expectation set for this collection. The sheer star power alone is enough to drive incredible interest. With Madonna’s iconic status and Beeple’s equally impressive reputation for success, the potential is huge. With the added bonus that the money raised from this collection celebrating women and motherhood goes to support women around the world, we certainly hope for expectations to be met.