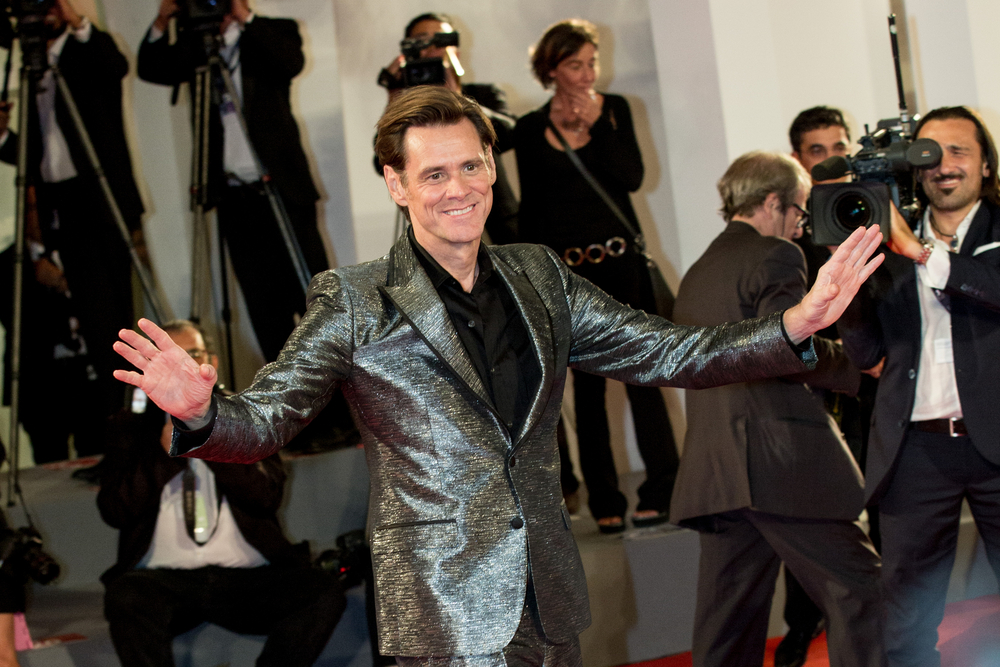 Few names in the modern movie world carry quite as much clout as the incomparable Jim Carrey. Responsible for some of the last two and a half decades’ most loved characters, Carrey has firmly established himself in TV and film’s hall of fame.

He is also known for his political statements and unique approach to life, having wowed fans with his bold outlooks and satirical paintings, and now he joins the ranks of big-name celebs taking to the blockchains and minting NFTs.

Here is what we know about the drop so far!

Jim Carrey’s NFT is entitled Shunshower and is a colorful piece of digital video art created from an original acrylic painting. The work was created by applying paint directly from the tubes onto canvas before being scraped to leave only imprints of color representing the original image. As a digital work, Sunshower slowly comes into focus to reveal the face of a man looking upwards into swathes of bold, vibrant streaks of color and raindrops, giving the viewer a joyful feeling.

According to Carrey, a sunshower should feel like a divine gift, and he wants this piece to represent a celebration of our communal light. It began as an experiment for the artist, who is already well known for his political cartoons and satirical paintings. He wanted to explore the possibilities of bringing his art to life through animations- something that led him to discover NFTs and get excited about this new space in which to create.

Sunshower is not the first time Carrey has dabbled in animation, having used the media on previous works of his, but it does mark his first crossover into the Web3 world. In doing so, he joins a long list of celebrity names who have their own NFTs, although he is one of the few to actually use his own physical handiwork and alter it using modern technology.

The Drop and Auction So Far

The NFT dropped on the SuperRare marketplace on June 10th and will remain up for auction until the afternoon of Monday 13th. In less than 24 hours, the NFT has already amassed almost 13,000 views and at the time of writing has a top bid of 42.35 ETH- the equivalent of around $67,500 US.

It had eight different serious bidders join the race very early in the game, so only time can tell how things will end. Hopefully, the number continues to climb- especially since the proceeds are set to go to support Feeding America.

Feeding America is a non-profit organization that has more than 40 years of history fighting against food insecurity in the US. It helps to support food banks, charity pantries, and food surpluses across the nation.

As mentioned, this is not just another celebrity lending their face, brand, or name to an NFT collection. Although Jim Carrey is first and foremost known and loved worldwide as one of the most unique and talented actors of his generation, he is also a fully-fledged artist in his own right.

Carrey started painting in 2011 and has been featured in various displays and galleries since. He says he turned to art to heal his broken heart, and subsequently found a new lease of life through the canvas. His first big move in the art world was a short documentary in 2017 called I Needed Color, which shared his artistic journey.

He then became renowned for his political cartoons, which were displayed in various major galleries over multiple years under different names. Although he is no longer working on that project, it remains an important part of his profile as an artist.

The icon has already shown his love for the industry earlier this month by purchasing another SuperRare NFT for his own private collection.

With this latest creation, we can only hope to see more focus from Carrey in the NFT world since it also looks set to be a roaring success. As talented an artist as he is a performer, we can’t wait to see what Jim Carrey does next.

Track the Sunshower auction on SuperRare for the latest bids!