Home / Bid On an NFT Chevy Corvette and Win the Car Too!

Bid On an NFT Chevy Corvette and Win the Car Too! 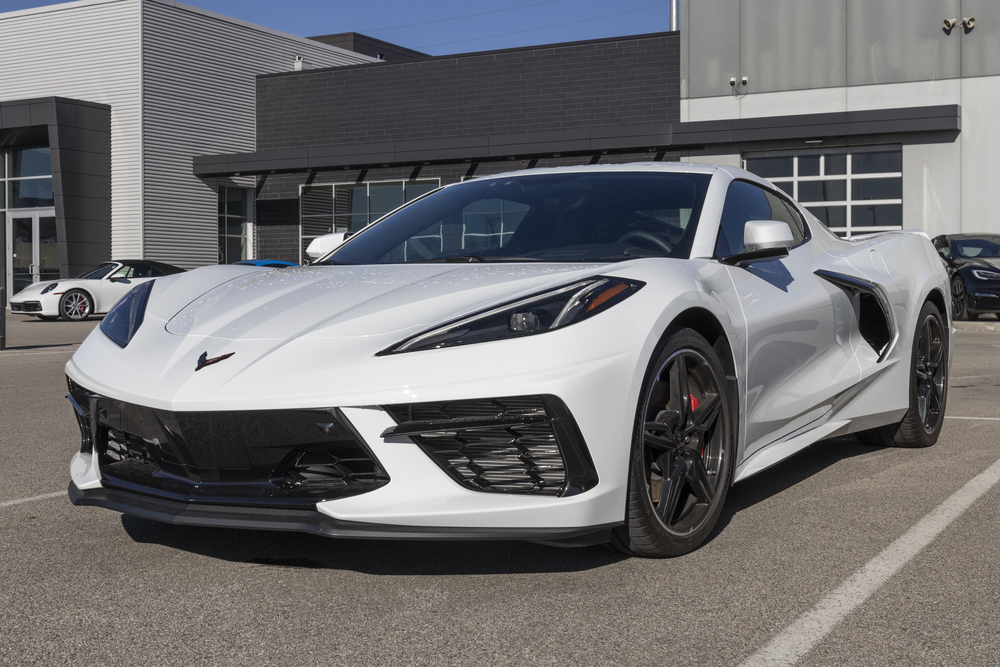 Chevrolet has become the latest superstar motor manufacturer to join the NFT trend. During an interesting and somewhat troubling time for the crypto niche as a whole, the American car icon has announced plans for an auction that will kick off later this month.

Ok, so another trendy car brand releasing an NFT- what’s the big news here? Well, this NFT comes with a much bigger, much louder side prize. Yep, that’s right- the winning bid will not only collect a digital prize, but also a brand-new, real-life Chevy Corvette Z06.

Here is all you need to know about the drop, the auction, and (of course) the prize!

Joining the formidable likes of Lamborghini and Hyundai, Chevy has created its very own NFT in collaboration with digital artist Nick Sullo (known as xsullo online). The blockchain video file depicts the unmistakable Corvette Z06 in an electric lime green cruising through a digitally rendered cyberspace with a heavy punk vibe.

The whole thing has a futuristic feeling. It combines a classic American car brand with an almost dystopian cyber cityscape. Blending two worlds is not only an interesting artistic choice by xsullo but also a smart move by Chevy to bring in as much attention as possible from multiple audiences.

As impressive and exciting as the NFT itself may be, there is no denying that the big-ticket item here is the custom car the winning bidder is set to receive alongside their digital prize. The real-life model is the exact model and color of the car shown in the NFT, making it a one of a kind exclusive never seen before and never to be replicated.

Although the Z06 model is by no means unique, the minted green custom paint color is. Chevrolet has vowed to use this specially created color on this car and this car only, so it carries a whole lot more value than first meets the eye.

Car fans may already know that the Corvette Z06 is a brand-new model yet to be released anywhere in the world. It rivals other supercars from leading Italian brands and is a mega step up from Chevy’s predeceasing designs. Add the unique customer color and the notoriety of the NFT auction, and this is a prize worth winning. The car also has a binary VIN as a special nod to the digital world.

SuperRare is the lucky host of this epic auction, which is set to run from the 20th to the 24th of June 2022. Bids must be made in Ethereum cryptocurrency- as is standard for any purchase on the marketplace.

Anyone hoping to get lucky and somehow pull off a win with a well-below market bid is out of luck: the auction has an opening bid price set at 206 ETH – a little over $219,000. The token already has well over 1000 views and a lot of pre-auction interest, so it is going to be an exciting race.

The cherry on top of the whole thing is that all proceeds from the sale are going to the educational charity, Donors Choose. Based in the US, the non-profit lets donors contribute directly to public school classroom projects around the country, with more than 1 million already having benefited from funds.

It seems that Chevy is paying to heed to the talk of NFT slumps and excessive volatility in the crypto world’ and they are not alone. Despite market woes, plenty of big-name brands, celebrities, and manufacturers continue to roll out NFT collections and use the funky non-fungible tokens as a way to get people talking.

Stunts like this one help bring the digital collectibles world closer to the real world, creating an interesting new platform and audience for the NFT and crypto spaces. We hope that interested bidders have their engines revving and ready to go when the flag drops on this high-stakes auction. A hot car, a good cause, and an exclusive collectible: what’s not to love?